“Congham is to snail racing what Newmarket is to horse racing.”

The British like to create contradictory oxymorons: snail racing must be one of the best. Snails not renowned for their speed so a snail race has a perverse feel to it. For those who wish to race their snails the place to be in a little known village, Congham. For once, the world addition is valid, there are other lesser snail racing competitions. Why Congham? The organiser, Hilary Scase explains this is due to the fact:

“Snails like damp conditions and as Congham is surrounded by ponds and is very low lying it is just right for snails.”

Not the best place for growing veg and hostas then?! The Snail Racing started 27 years ago as a unique way to attract visitors to their village fete. And indeed, that has worked and Congham is firmly on the wacky calendar customs list. 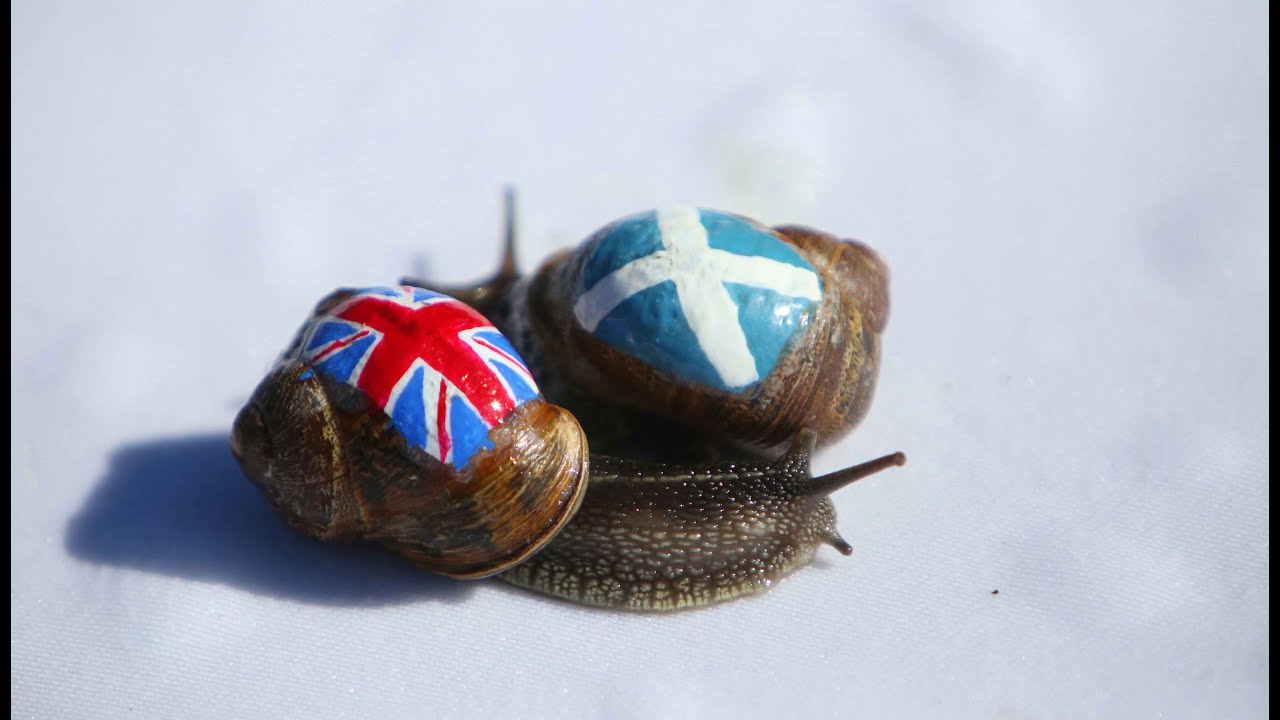 The event has become a popular one amongst all ages and childrens and adults can be found clutching a plastic tub or jam jar full of leaves and snails, some with their shells painted, some cases with some degree of artistry. They were warming up as they gracefully slide around the sides…although some appear to be sulking and deep within their shells; well it was a hot July day – not the best for snails to be honest.

Those competing – although why else would they be there -are taken to the arena and small circular stickers with their racing numbers are affixed; afterall they all do look very alike. The arena consists of a white sheet with two red circles on it one smaller one where the snails are placed and another larger one which is the goal for the snails, with a 13 inch radius.

A group of around 20 to 30 and a forest of tripods surround the arena. Their cameras posed with telephoto lens of the arena and the snails.

So shouts the Snail Trainer wearing a white shirt with his role clearly proclaimed. A round of cheers erupts from the audience….but not much from the snails who sit stubbornly on the middle red circle! Then suddenly one breaks free; head pokes out and antenna snake out and its off…slowly! Then another appears to be making a break and soon catches up with the other. Water is poured on the snails to keep them going although they duck back into their shells in shock…this would not be allowed in other sports dousing in water – they I am sure in hot weather they would like it! Being snails some decide to climb over another – highly irregular and still some go backwards! Strangely enough despite their reputation for being a bit slow the snails do pick up speed and by three minutes we get a winner as first its antenna and then its head eases over the red line and is lighted off and announced the winner. Apparently, the world record stands at 2 minutes over the 13 inches, achieved in 1995 by a snail called Archie. It wasn’t beaten.

Coming out of your shell

The event was attended by some very excited. As the press release said:

“Children take snail racing very seriously. When 9-year-old Thomas Vincent won the championships with his snail Schumacher, he said: “I have achieved my lifetime’s ambition.”

Indeed, the children, some dressed up in fancy dress, were clearly very into the event chanting the names of snails. Even the adults looked anxious at the results,.

After a number of heats, the snails slugging it out to be the ultimate winner! The heat’s winners were selected for a final. It was tense thing. The winner, at 2 minutes 47 seconds, was quite a smaller snail by comparison, had gone from chewing the veg patch to winning avoiding the slug pellets on the way. It had beaten 200 other snail attendees.

Its all very tongue in cheek of course but local farmer, Neil Riseborough, who is the competition Snail Trainer to the World Championships is there according to the press release to keep:

“order, tests for drugs, watches out for cheating and starts the races.”

Fortunately there were not any random drug tests nor steward’s inquiries whilst I was there. It was a thoroughly enjoyable event and one dare I say which has created some good PR for snails. The winner received lettuce leaves and its trainer a silver tankard which had the leaves in it! Very pleased with themselves they posed with their snail and prize for the press and another snail racing had ended for the year.