I’ve decided to do sometime a bit different for this month’s post which is to divide two customs into its traditional part and its contrived form.

Lichfield as I said before is justly proud of its customs and I have had the pleasure of attending all of them (and it is only the Bower and Court of Array I have yet to record in this blog). The last Lichfield custom I had yet to attend was the Pancake Toss and Shrovetide Fair

This blog post as the page records is about the Shrovetide Fair and its traditional opening.

The shrovetide Fair is often the earliest traditional fair in Britain if the date of Shrove Tuesday is early. It was established by the 14th century survived the Reformation and Parliament to be given a Royal Charter of James 1 which then set the date that it was proclaimed on Shrove Tuesday, usually started on Ash Wednesday and finished on Friday. By the late 17th century it was known as the Old Fair.

As the fair was held on the eve of Lent it capitalised on the needs for people who would observe fasting over this period. And thus it was once famous for the sale of cured fish. Tolls, which were recorded as 4d, record that salt fish, salmon, herrings, eels, stock fish were common. Detailed records show that in 6000 red herring and two barrels of herring prepared in stock were purchased in 1367 by Halesowen abbey. A fair record of the mid 1520s show that the stock was diversifying for Sir Henry Willoughby of Wollaton Hall not only included fish and seafood: eels, herring, salmon, mussels, but also honey, oil, and currants. By the mid 1820s the Ash Wednesday fair was dealing in sheep, cattle, horses, cheese, and bacon.

The official day of the fair changed a number of times from Shrove Tuesday to Ash Wednesday until the 1870s when St Mary’s church complained the fair which did sit beneath it was disturbing the solemnity of the Ash Wednesday service; although this was not permanent until 1890. Over time though it was clear that the mercantile opportunities of the fair had been reduced and by the late 1980s only a pleasure fair was held which then continuing for the rest of the week. This has continued to the present day.

As the Civic procession made their way to the market square for noon to open the fair. Now as noted above this fair has changed over the years but I could imagine it was a bit more exciting years back for now it only consisted of a few small rides. In previous year the Mayoral party decamped on a exciting pulsating ride like the Waltzers as above. The year I attended the group then met up beside heady delights of spinning teacups (!) with the fair organiser as the Towncryer proclaimed the fair open he discussed the Pie Powdre which was for

This was established in 1464 Now despite I am sure some complaints being raised at the fair over the grabbers or the size of the candy floss, the court no longer sits. At the point that the proclamation was made the bells of St. Mary’s church which beamed over the small fair rang out. The Mayor then invited the children for their free ride – there wasn’t exactly a rush the cold and inclement weather had rather discouraged a crowd of onlookers. A small somewhat reluctant toddler was removed from their pushchair into a cup close by the Mayor – it looked very bemused – and the Mayor wisely jumped out to be replaced by the girl’s mother. As regular readers of my blog will know I do enjoy a Mayoral fair opening but this one really did have the feel of Trumpton about it as the party slowly glided around in those heady teacups!

One ride was enough and the party then processed back to the Guildhall where those who attended were given free victuals –this in itself was one of the oldest surviving traditions recorded at the Ash Wednesday fair of 1747 as ‘simnels and wine’ – I enjoyed a rather nice cup of tea and a peace of that delicious traditional Simnel Cake.

I have always noted not only does Lichfield have some great colourful customs but they also are very welcoming and inclusive of strangers with great food and drink! It’s so great that Lichfield has so many customs as well!

I’ve decided to do sometime a bit different for this month’s post which is to divide two customs into its traditional part and its contrived form.

Lichfield as I said before is justly proud of its customs and I have had the pleasure of attending all of them (and it is only the Bower and Court of Array I have yet to record in this blog). The last Lichfield custom I had yet to attend was the Pancake Toss and Shrovetide Fair

This blog post as the page records is about the Pancake Toss. After the civic opening of the Shrovetide Fair the Mayor and Town cryer returned to see the pancake race.

Trying to find how long this race had been done is difficult. It is not mentioned by any folklorists  and everyone I asked at the event suggesting that it probably arose in the 1980s. Of course it is a clever addition to the probably receding custom of the Shrovetide discussed above and ensures a fair crowd around for that..ahem…fair.

I arrived when Shrove Tuesday was at its earliest it seemed a very cold and snowy early February day, this year it was a very pleasant and warm March. Despite the wet and wintry nature, people were there to race and watch. Those in fancy dress were certainly better off!

It was a well organised event, there were the ‘traditional’ steel barricades down the side of bore street and some very clear guidelines:

“Runners will line up at the start and the Starter will declare: – “Are you ready?”  And then give the starting signal, at which point runners MUST TOSS THE PANCAKE ONCE BEFORE SETTING OFF.

Runners will run down Bore Street, with the pancake in the frying pan; flip the pancake once at the designated point before sprinting to the finishing line.

At the finish the first runner across the line will be declared the winner.

In the event of a tie, the 2 runners will enter the final heat until one overall winner is declared.

In the event of a dispute, the Mayor’s decision is final.”

Despite the sleet and snow, it didn’t dampen the onlookers enthusiasm as they cheered on the runners. If I am to be honest I wasn’t 100% sure they all tossed as well as each other -but as I remembered ‘the Mayor’s decision is final’ – but their enjoyment was clear to see.

There a plenty of pancake races of course and it appears to be a growing trend but I think this maybe the only one where the finishing line tape is held up by two beadles in full regalia who still manage to keep the tape tort and hold onto their maces! The prizes were particularly impressive with a frying pan attached to a plinth! 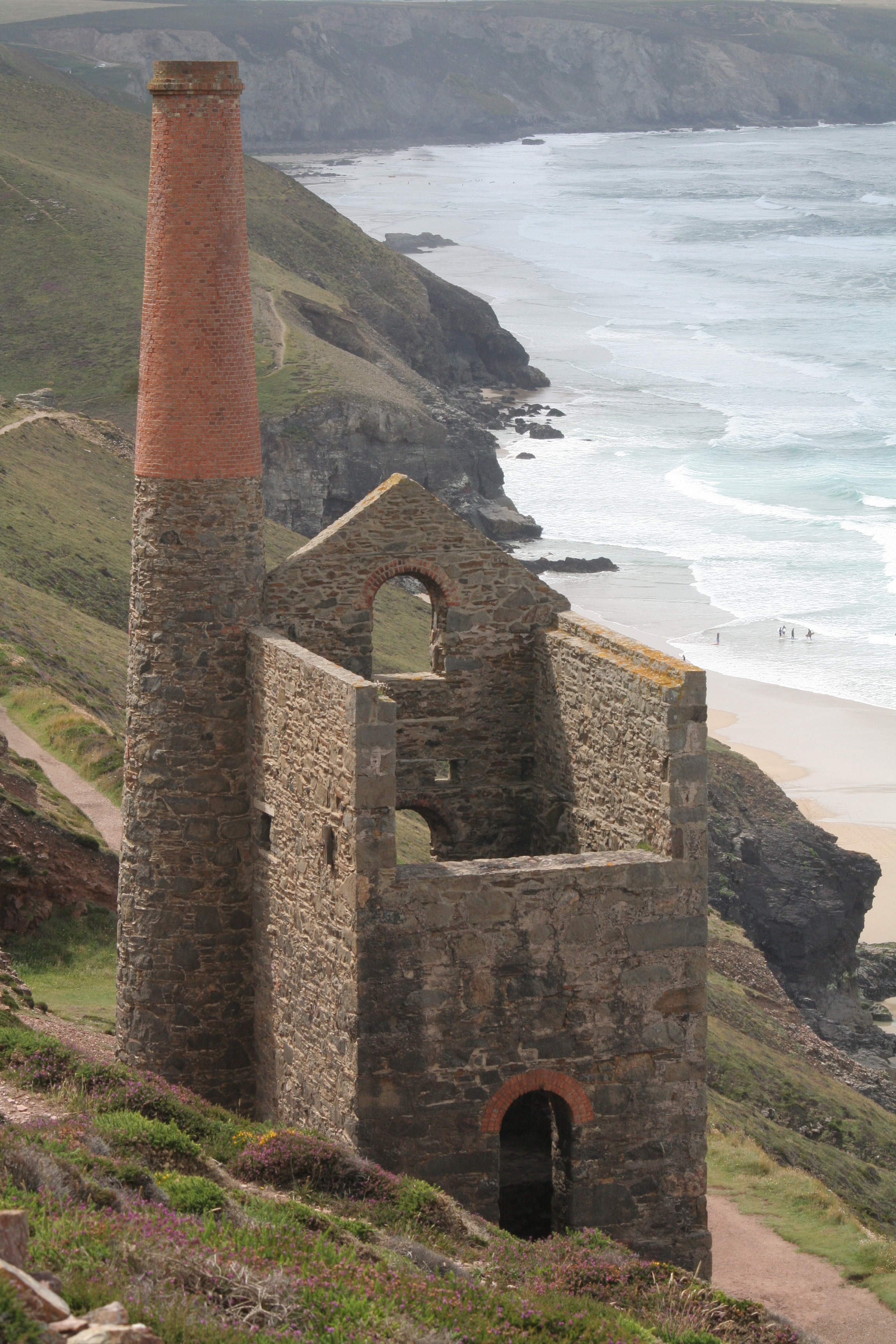 Here is a lost custom I am sure would welcome a revival to a wider range of industries. T. F.  Thiselton Dyer in his 1875 British Popular Customs Present and Past notes that the first Friday in March was called Lide, from the Anglo Saxon Hlyd for March. This is remembered in an old proverbs which states:

Daffodils were also called Lide lilies/ T. F.  Thiselton Dyer notes that in Cornwall it was associated with a bizarre custom:

“This day is marked by a serio-comic custom of sending a young lad on the highest mound or hillock of the work, and allowing him to sleep there as long as he can ; the length of his siesta being the measure of the afternoon nap for the tinners throughout the ensuing twelve months.”

Thus the day was considered a sort of Cornish miner’s holiday although the weather which Thiselton Dyer again notes was:

“usually characterizes Friday in Lide is, it need scarcely be said, not very conducive to prolonged sleep.”

It is believed that during

“Li Saxon times labourers were generally allowed their mid-day sleep ; and it has been observation  that it is even now permitted to husbandmen in some parts of East Cornwall during a stated portion of the year.”

As the tinners disappeared from Cornwall so did the custom it would appear.