“Worshipfull frendis, on Sunday next commyng shall be the holy fest of all relykis (called Relike Sonday), which that be left here in erth to the grete magnificence, honour and worship of god and profite to man bothe bodily and gostily, for in as much as we be in sufficient to worship and reuerence singulerly all reuerent Relikis of all seyntis left here in erth, for it passith mannis power. Wherefore holy Chirch in especiall the Chirch of Yngelonde hathe ordeynd this holy Fest to be worshipped the next Sonday aftir the translacion of seint Thomas of Cauntirbery yerely to be hallowed and had in reuerence.”

So is written in a late 15th century sermon called In festo Reliquarum. Relic Sunday was a Catholic feast which was celebrated in either on the 1st Sunday in July or the third Sunday after Midsummer. The feast was designed to celebrate the relics of Christian saints and was perhaps cynically set up to focus pilgrimage to shrines in which either the saint’s feast day was unknown or else to encourage further devotion, certainly it was recognised by more offerings being given. By undertaking pilgrimage on Relic Sunday an indulgence could be gained. One did not have to go far, for example even when John Baylis’s wife went to her parish church in Rolvenden (Kent) on Relic Sunday in 1511 she stated that she was going on

‘pilgrimage at the relics’. 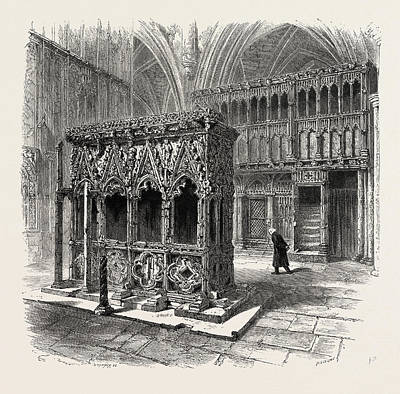 Similarly avoiding Relic Sunday would result in penalty. At the quarter sessions in Wigan (Lancashire) in 1592 it was noted that:

“Richard and William Buckley, of Charnock Richard, Laboureres and Richard Sharrock of Heath Charnock butcher on the day called Relic Sunday 1592 in time of divine service at Chorley played at bowls”

Of course the Reformation would have its final say and as the 1846 The Church of England as by law established being very doctrine and express words of homilies against popery noted:

Relic Sunday then disappeared as the shrines became dismantled and the church moved away from Catholicism. It survived longest in Northamptonshire where Thistleton Dyer’s Popular Customs

“In some parts of this county the Sunday after St. Thomas a Becket’s Day goes by the name of Relic Sunday.”

But even here it was forgotten probably only remembered because of fairs associated with the day. The relics are forgotten and as far as I am aware it was never revived!